UNSTOPPABLE WOMEN ON A GLOBAL MISSION!

The Overcoming Mediocrity series of books to become a global movement to elevate women who are on a quest to share their stories and wisdom with the world.

The Overcoming Mediocrity team is a community of like-minded women who are dedicated to making a bigger impact in the world by sharing our stories.

We are simply amazing individuals who were created to be beautiful, powerful, brave, strong and uniquely bad-ass women who made the decision to share our stories so that we can light the way for others to also see their own inner brilliance.

When Danica left a failing marriage, she had no clue that she was walking into a battleground that would either kill or transform her spirit. That five-year struggle defending abuse allegations and relentless ridicule would mold her into a courageous family advocate and the founder of a global organization that empowers families with the message that ‘Kids Need Both’ parents. This struggle that started off personal would now be her calling to transform the way child custody is handled in the courts, by empowering parents with the distinctions of love and self-acceptance. 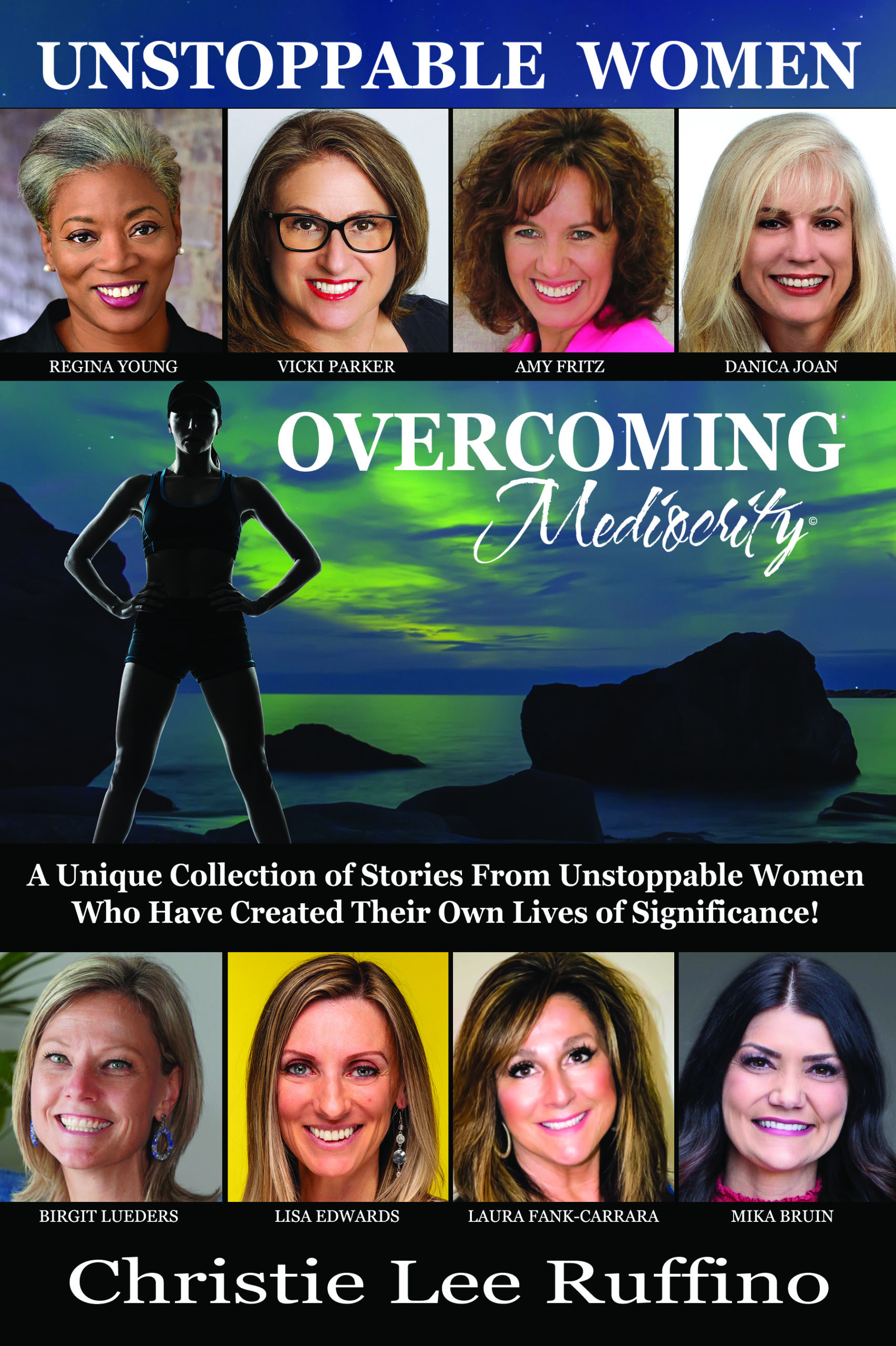 Get Your
Autographed Copy!

With a pre-sale order 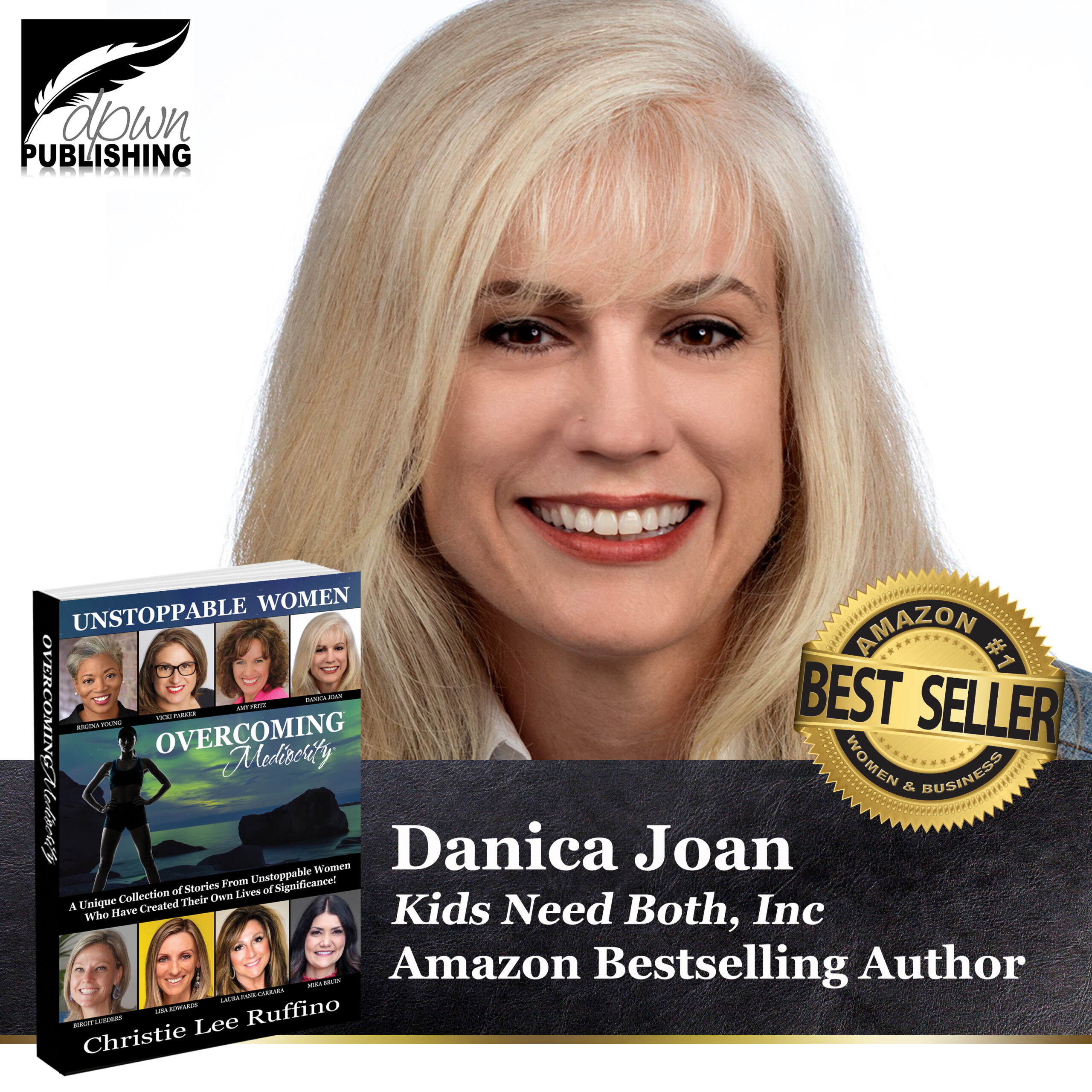 Here I am, standing at the second story window of my English Tudor home with moving boxes all around. I desperately wish that ‘this’ move will be the solution. Our house is in foreclosure and my husband is convinced that moving to Virginia is the answer to our persistent financial worries. When you are in a situation that feels like you have no control, it is easy to convince yourself that ‘this’ time will be different and ignore the nine times before.

Standing at that window wondering how life had gone very wrong, I felt alone. I did not have friends I felt safe to talk to, and my religious background trained me to ‘never speak ill about your spouse to anyone.’ However, I did have one trusted friend, who I now call my angel. He somehow knew the boys and I needed his help. He popped in to see how our moving was going and saw me peering out the window. He whispered to me, “you are in an abusive marriage and you need to get out! My wife and I will help you.” I really did not see myself as abused, because I had successfully navigated my husband’s temper without physical violence. I had also become skillful at navigating his cruel verbal attacks. There were several instances of abuse; physical, emotional and psychological that my sons and I were subjected to, but I could defuse any situation to restore harmony to the family. I did whatever I could to conceal the dysfunctional realities of impending financial disaster and isolation from my children; and of course, the first person I had to convince was myself.

I was raised in a family where fundamental Christian teachings kept me convinced that submission to my husband was godly and secured me a spot in Heaven. I do not know what caused me to accept my friend’s invitation to escape, but I did. I was not completely hypnotized by the reality of my circumstances. In fact, I spent many nights dreaming and praying for a non-confrontational escape. I even calculated that since my husband was 22 years older than me,  maybe God would take him off my hands.

With the help of my angel and family members, we got out. I thought for sure that a healthy and happy future was in store for us all. My plan was to finish my education, become a schoolteacher and co-parent equally. For the first time, I would oversee my own finances, always hoping that my husband would somehow stabilize his. By equally sharing the responsibility of the children, I felt that would eliminate the stress that I blamed for his controlling temper. However, life did not go as planned. Far from it, in fact.

It was not long before my husband began his assault. His first strategy was winning me back. For six months, child exchanges were calm and friendly. We shared the children equally with a tradeoff every Sunday evening. I was hopeful that this was a sign we would have a peaceful and loving co-parenting relationship.

Then, just before the court hearing was to happen that would make our 50/50 time-sharing arrangement official, the first gut punch was thrown. A knock at the door, not from my children arriving as I had expected, but from law enforcement serving me an injunction for protection and accusing me of abusing the children. My husband was asking for sole custody, based upon these allegations. The guttural blow was from reading statements in the filing from my sons validating his accusations. After the officer left, I lay in a fetal position on my bed, naked, feeling helpless and hopeless sobbing for hours, until I had no more tears. My goal of making our lives safe and stable had abruptly shifted out of my hands. I remember begging God that day to take me home.

By the end of the first year of this six-year battle, my husband was awarded primary custody. I was given four nights a month. As a person whose whole identity was wrapped up in being a mom above all else, this was the dark night of the soul for me. Life had taken a devastating turn and it kept getting worse.

At the end of every visit, my husband took the children to the police station to file their weekly abuse report against me. There were also innumerable calls made to the Child Abuse Hotline. When he realized that school personnel were mandated reporters, he coached the children to fabricate stories of abuse every time they went to school, so counselors and teachers were obligated to file reports based upon the children’s stories. By this time, the children were fully enrolled in the narrative that mom was the evil person who destroyed their happy home.